Awards and Presentations Given at Annual Meeting

Two very deserving individuals were honored at the Lake Sunapee VNA Annual Meeting held on March 7 in Newport. Claudia Lewis was announced as the winner of the 2017 “Joanne Hughes Volunteer Excellence Award” for her incredible dedication to The Renaissance Shoppe since 2005. The 2017 “Imagine the Possibilities Staff Award” was presented to Beth Eldridge, RN Case Manager, who has been quietly, competently and compassionately caring for members of the community and supporting her fellow staff for more than eight years. 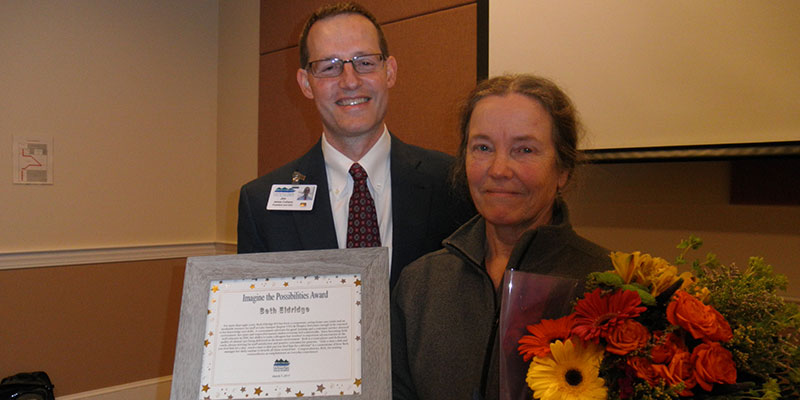 Members of the Board of Trustees were also recognized at the meeting. Newly appointed members include Dr. Gregory Curtis, Dan Junius and Lisa Richmond. Sheldon Boege is stepping down as Board Chair, but will still remain on the Board. He was thanked for his leadership and guidance by Jim Culhane, President & CEO, and Dr. Donald Eberly, incoming Board Chair. 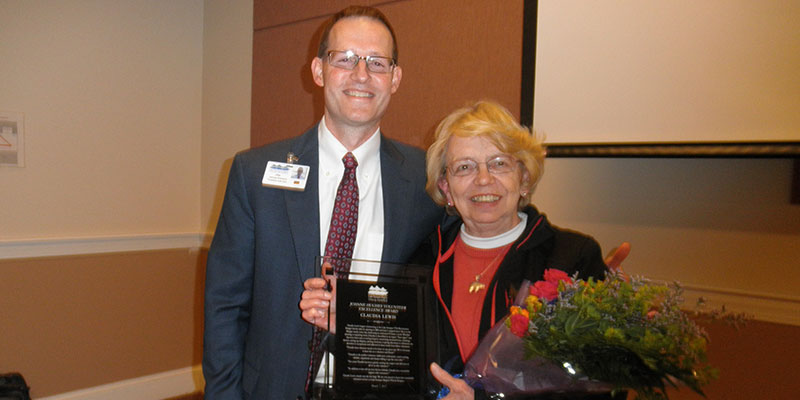 The more than 80 attendees were also treated to an engaging presentation by Dr. Alan Kono of the Dartmouth-Hitchcock Heart & Vascular Center. Dr. Kono spoke on “The Role of Palliative Care in the Treatment of Advanced Cardiac Disease.” He stressed the importance of discussing and including palliative care measures much sooner in an individual’s disease process, which is a strength of the Lake Sunapee VNA’s Palliative Care Team. For more information about palliative care, call 603-526-4077.

"Thank you for the competent and caring services provided by your staff during my husband's illness. This was the most difficult period in our lives and your good people eased the pain and transition."