Mr. Lounder served in the Air Force from 1952 to 1954. He was stationed at Pease Air Force Base, Portsmouth, NH and at Elmendorf Air Force Base, Anchorage, Alaska. He worked on landing gear, remembers the pilots being friendly, and that he served with good people. While in Alaska, where temperatures could go as low as -68 degrees, he recounts seeing polar bears and eating salmon that he was fortunate to catch. When asked about the food in general he responded, "Don’t ask!" Mr. Lounder and his family were deeply touched and thankful for this special recognition. 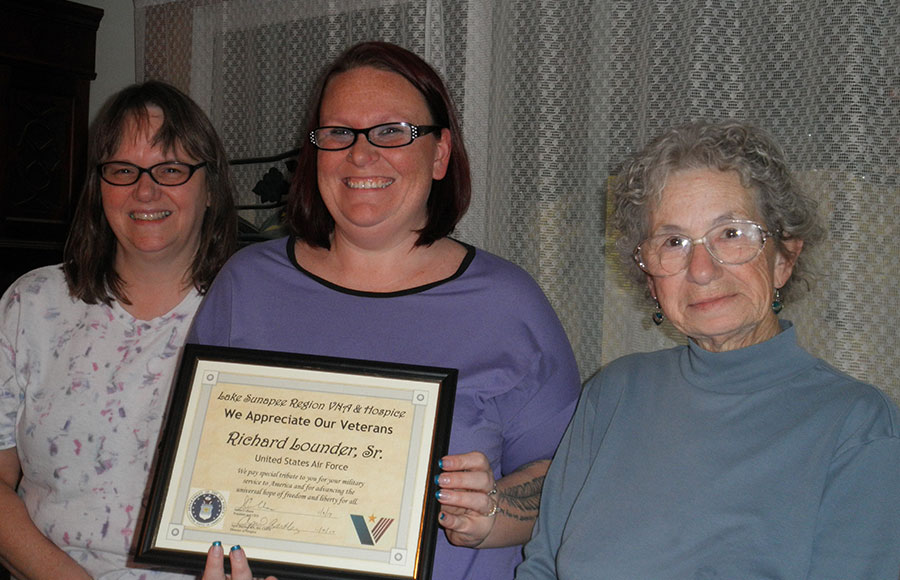 "You left everything looking wonderful - the floors were swept, the deck was immaculate and, most especially, the changed bed looked better than I could ever accomplish. I want you to know how much I appreciate the important help your organization provides."